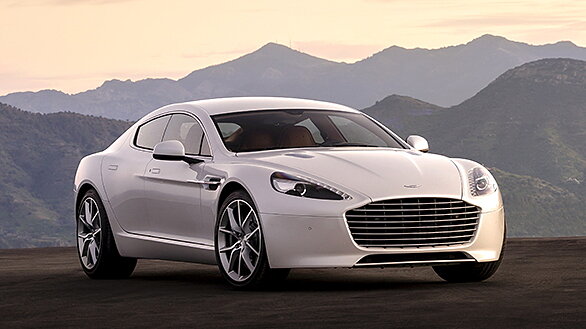 New Aston Martin Rapide has been introduced in India at Rs 3.29 crore (ex-showroom, Thane). The sports car comes with new feature upgrades, design upgrades and a new engine. The 2016 Rapide has been launched in collaboration with Performance Cars, a division of Infinity Cars dealership.

Under the hood, the new Aston Martin Rapide comes with a 6.0-litre V12 engine which is capable of achieving a top speed of 306kmph. The engine gets two ECUs where each monitors six engine cylinders. Moreover, the powerful engine is mated to an eight-speed automatic ZF gearbox that generates about 510bhp power, this enables the car to clock  0-100kmph in just about 4.6 seconds.

Inside, the new Rapide is loaded with features like AMI III infotainment system with a 6.5-inch display. Located in the centre console, it conveniently pops out giving out real time information on power and torque figures. The system is compatible with Apple iPhones while also supporting audio, telephony functions and navigation functions.

At the event, Neil Slade, general manager, Ammena , Aston Martin, said: “The British marquee luxury sport automobile producer is especially excited to introduce the revamped 2016 model of the bestselling Rapide to Indian automotive enthusiasts. This model offers unprecedented power and comfort at an extremely attractive price. India has been a market of strategic importance for Aston Martin and we are very delighted to launch the new Rapide in the country. Aston Martin has been very responsive to the demands of the Indian consumers and have therefore launched the new Rapide especially for India.”